Richard Landon is a trial and appellate attorney who advises and represents businesses resolving disputes in antitrust, distribution, and franchising, as well as shareholder disputes and other complex commercial litigation. Richard’s representation of manufacturers and distributors covers a variety of commercial disputes, including dealer terminations, antitrust, and other unfair competition claims. Richard also regularly helps franchisors enforce post-termination rights and defends against claims by sales representatives for unpaid commissions and wrongful termination. In addition to litigation, Richard advises clients on antitrust issues in product distribution and franchising, including advice and employee training on pricing issues and other supply practices, as well as the application of state dealership laws and franchise relationship laws.

Before joining the firm, Richard was a judicial clerk for the Honorable Michael J. Melloy for the U.S. Court of Appeals for the Eighth Circuit, and Richard continues to focus part of his practice on appellate work representing a diverse range of issues in front of state appellate courts and Federal Courts of Appeal. 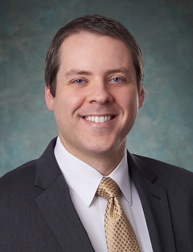 University of Iowa College of Law, J.D., with high distinction, 2011