John Fitzgerald concentrates his practice in the areas of franchise, real estate, and business law. He acts as outside general counsel for many businesses, some of whom have been with him as long as he has been practicing law. John is former co-chair of the Franchise & Distribution Practice Group.

John also handles a multitude of business and regulatory matters for emerging, as well as nationally recognized franchisors. He has designed and negotiated all types of business agreements, including business mergers and acquisitions, franchise and other product and service distribution agreements, real estate acquisitions and financings, corporate financings, employment and shareholder contracts, real estate leases, and development agreements. 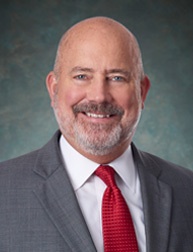