Justin litigates commercial disputes across the country on behalf of both corporations and individuals. He regularly counsels and represents some of the nation’s most prominent franchisors on matters central to the integrity of their brands and systems, including trademark infringement, breach of in-term and post-termination covenants against competition, violations of brand standards, claims arising from pre-contractual disclosures and representations, and vicarious liability issues.

Justin practices in federal and state courts and in domestic and international arbitrations. He also represents corporations and individuals in connection with internal and government investigations.

Justin currently serves as an Associate Editor for the ABA publication, The Franchise Lawyer.

Prior to joining the firm, Justin served as a law clerk to the Honorable Thomas F. Hogan of the United States District Court for the District of Columbia. 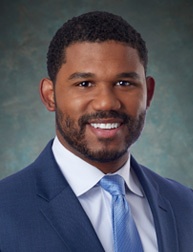