Before joining the firm, Wade served as a judicial clerk in the U.S. District Court for the Southern District of Iowa, clerking for the Honorable James E. Gritzner. He is also an alumnus of the firm’s Summer Associate Program.

Wade holds a J.D. from the University of Iowa College of Law, where he was one of two recipients of the John F. Murray Award recognizing the highest grade point average in the graduating class.

Prior to law school, Wade worked for several nonprofit corporations and served as an AmeriCorps volunteer in Washington, D.C., where he helped coordinate a free, walk-in clinic and conducted HIV testing and counseling. 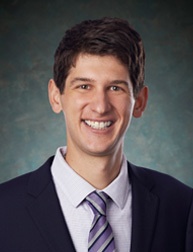