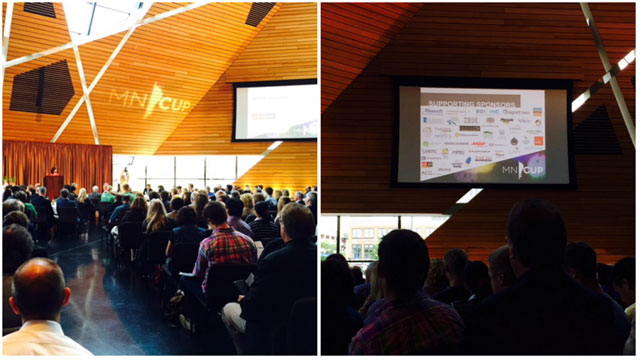 Gray Plant Mooty was recognized as a top sponsor of the 2015 MN Cup, tying General Mills for the most sponsored entrants (seven) of any sponsor.

The announcement was made by competition officials at the University of Minnesota’s McNamara Alumni Center on Sept. 9.

“GPM is proud to sponsor the Minnesota Cup and support Minnesota’s innovators and entrepreneurs,” said Douglas Ramler, a principal at Gray Plant Mooty who represents emerging companies and served as a competition judge.

MN Cup is the nation’s most expansive statewide venture capital competition, designed to aid and accelerate the development of business ideas across Minnesota. Approximately 1,300 entrepreneurs participated in this year's event, and more than 10,000 have participated since the competition was launched 11 years ago.