For nearly ten years, Daryn led the Minnesota Agri-Growth Council, where he developed and directed the association’s government and public affairs initiatives on behalf of more than 200 members ranging from Fortune 500 companies to producer groups and diverse business interests. Before coming to the firm he served as a director of state affairs and industry relations at a $14 billion, Fortune 200 farmer-owned cooperative, where he led the company’s state government relations strategies in Minnesota and nationally, as well as its federal PAC.

Daryn worked in Washington, D.C., at the U.S. Department of Agriculture’s general counsel’s office, where he worked with the U.S. Treasury Department and IRS on income tax issues and drafted final rules implementing conservation programs from the 1996 Farm Bill. He also worked at a Washington, D.C. lobbying firm, where he represented national agricultural and commodity organizations and oversaw successful federal lobbying efforts, resulting in multi-million dollar research programs, the establishment of new federal farm programs, and other regulatory changes. Daryn also served as legislative counsel in Washington, D.C., where he worked for a U.S. congressman on issues involving natural resources, water, environmental regulations, risk management, and commodity trading, and on all matters in front of the U.S. House Agriculture Committee. 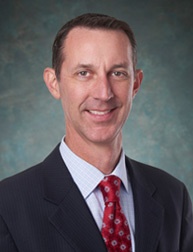