“Brian Dillon is a brilliant lawyer. He is able to articulate complicated legal issues in plain English and move decisively on litigation strategy in the courtroom.  He works collaboratively with his colleagues, is responsive, and has an uncanny, empathic ability to meet the client where he/she is.”   Christine Warren, Founder and President of Oxygen Plus.

Brian Dillon is an experienced litigator who specializes in trusts and estates litigation, complex business and shareholder disputes, and responding to government investigations and enforcement actions.  Clients value Brian’s diverse range of litigation experience and practical, down-to-earth approach in resolving disputes, both in and outside the courtroom.

In the trusts and estates area, Brian represents professional fiduciaries, individuals, families, and other interested parties involved in disputes over the validity or interpretation of wills, trusts, and other testamentary vehicles, as well as contested matters involving guardianships, conservatorships, and the rights of vulnerable adults.  In this area, Brian works collaboratively with other subject matter experts in Lathrop GPM’s Trusts, Estates and Legacy Planning group.  Brian is also licensed to practice in U.S. Tax Court and helps to ensure his clients’ interests are protected in disputes with state and federal regulators over estate taxes.

In the area of complex business and shareholder disputes, Brian focuses on resolving disputes among the owners of closely held and family-owned businesses.  He regularly advises clients in disputes over corporate governance, business succession, the rights of minority owners, and the appropriate use of corporate funds. Brian has extensive experience prosecuting and defending cases involving claims of fraud, embezzlement, unfair competition, and breach of fiduciary duty. His clients in this area come from a wide array of industries and include product manufacturers, financial service companies, IT service providers, software developers, health care companies, government contractors, and real estate developers.

In the administrative and regulatory context, Brian helps clients conduct internal investigations and respond to external ones triggered by government actors and whistleblowers.  He defends clients who are subject to government enforcement and licensing actions, and he helps clients develop and implement effective compliance programs. Brian also special expertise in state and federal campaign finance laws and is regularly called upon to advise nonprofit advocacy organizations on compliance issues in this area

Before joining the firm, Brian served as an assistant attorney general in the Minnesota Attorney General’s Office, where he prosecuted cases under Minnesota’s consumer protection, financial services, health and antitrust laws. 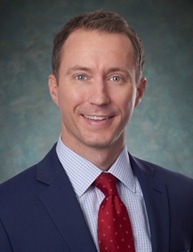