Kathryn has developed extensive experience advising organizations on the complex issues relating to child safety prevention and response. Kathryn regularly assists organizations in navigating how to respond to reports of child abuse, including reporting to appropriate government officials, notifying impacted community members, and conducting investigations. Kathryn has also served as an outside independent investigator into individual reports of abuse. In addition, Kathryn has conducted external independent reviews of organizations’ past handling of reports of abuse and has provided recommendations for prevention and response efforts moving forward. In addition, Kathryn advises employers on a variety of legal issues, including terminations and RIFs; disability and leave issues; affirmative action plans; employment and severance agreements; unemployment compensation matters, employee handbooks, and policies; noncompetition and other post-employment restrictions; wage and hour issues; child labor issues; and independent contract arrangements.

Kathryn regularly represents institutions and businesses in administrative actions and litigation when employment or student affairs related claims arise. She also assists clients in responding to state and federal audits relating to affirmative action and wage and hour compliance. Kathryn has extensive experience advising faith-based nonprofits, churches and religious K-12 schools, and higher education institutions on issues that are unique to these organizations.

Kathryn has been quoted in The Economist and The Atlantic, as well as local television and radio outlets, as an authority on matters pertaining to Title IX, VAWA, and sexual violence on campus. She was honored as one of the 2014 Minnesota Attorneys of the Year by Minnesota Lawyer for her engaging and innovative approach to providing legal services to higher education institutions. 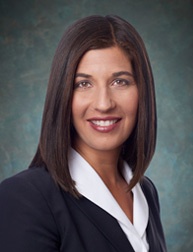