Prior to joining the firm, Jesse served as assistant attorney general in the Health Care and Antitrust Division of the Minnesota Attorney General's Office. During that time, he focused on regulatory matters, including enforcement of various laws that govern the operation of health care organizations in Minnesota, as well as providing legal advice to various state agencies, such as the Minnesota Department of Health.

Jesse is an FAA-licensed private pilot and a former spinning instructor. He resides in St. Paul, Minn. 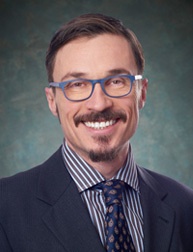