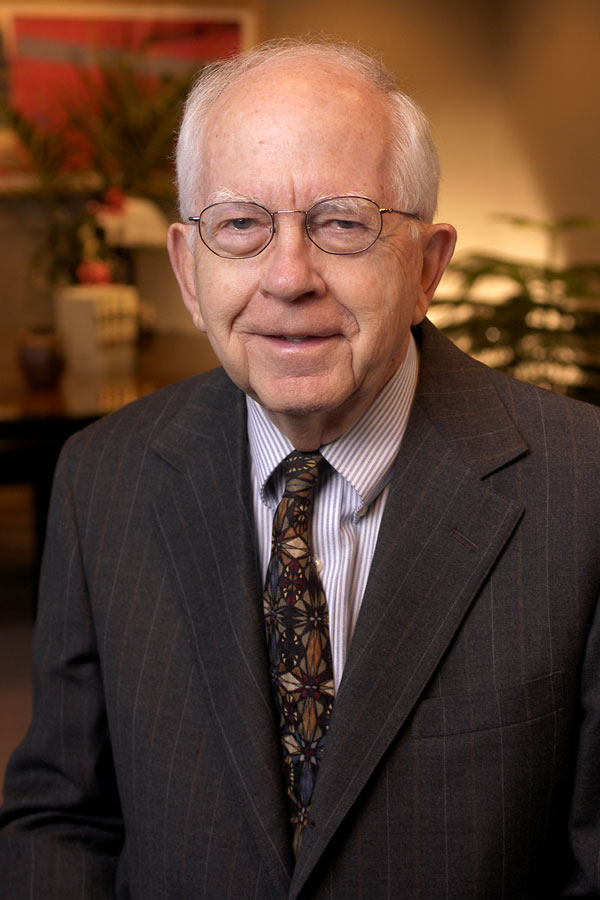 Melvin R. Mooty—our beloved friend and colleague and a named partner with our law firm of Gray, Plant, Mooty, Mooty & Bennett—passed away in the love and presence of his family on May 30, 2012.

Melvin had a storied, more than 50-year career with our law firm. He joined his brother, John, at the firm, then known as “the Kingman Firm,” in 1951. The Mooty brothers, along with Franklin Gray, Frank Plant, and Russell Bennett, quickly grew the firm and its reputation, both regionally and nationally. In 1977, after becoming one of the largest law firms in Minnesota, the firm was officially named Gray, Plant, Mooty, Mooty & Bennett, P.A.

Melvin was widely recognized as one of the best real estate lawyers in Minnesota, working on several of the firm’s high profile projects, ranging from “Southdale,” the nation’s first enclosed suburban shopping mall in Edina, Minnesota, to a number of the most notable buildings in downtown Minneapolis.

Melvin was also a passionate supporter of the University of Minnesota, where he earned his law degree in 1951. In 2011, the Mooty family announced the creation of the Melvin R. Mooty Scholarship Fund, a fund at the U of M Law School to provide financial assistance to students with academic promise, demonstrated leadership skills, and a passion for community service.

Melvin is survived by Sally, his wife of more than 50 years; son Paul Mooty and his wife, Jean; daughter Mary Mooty Kileen and her husband, Tom; brother John Mooty; and many nieces, nephews, and grandchildren.

The funeral service for Melvin will be held at 11:00 a.m. on Friday, June 8, at Mt. Olivet Lutheran Church, located at the intersection of 50th St. & Knox Ave. S. in Minneapolis. Visitation with the family will occur one hour before the service at the church.