Pat Fanning is a trial attorney who advocates for the client’s position with passion and conviction. Pat has tried—and his clients have won—several jury trials and commercial arbitration hearings. But Pat also understands the risks and high stakes that accompany the decision to take a case to trial. He therefore strives at all times to resolve client issues efficiently and logically. While Pat is a staunch defender of the critical role the jury system plays in our democracy, he also understands the value of solving problems outside of the courtroom whenever possible.

Pat protects the rights of individuals and businesses, large and small. He focuses his practice on complex business disputes and toxic tort matters where cutting-edge technology and science issues typically intersect with contract law and traditional notions of fair play and personal responsibility. For the past several years, Pat has expanded his practice to defending and protecting the rights of a Fortune 500 information technology company in its software disputes with other businesses.

Pat is a proud Kansas City native and second-generation trial attorney. Pat’s late father was a sole practitioner who instilled in Pat the importance of understanding the human story at the heart of every single dispute, no matter how complicated the underlying facts. Pat’s father also spent Pat’s formative years schooling him in the art of cross-examination (the hard way).

Pat started his career at Lathrop & Gage LLP and served as a partner from 2007 to 2010. Before re-joining the firm in 2021, Pat was a partner for eight years at a prominent Kansas City litigation firm and later served as a founding partner of PEAK Litigation LLP, a commercial and tort litigation boutique. 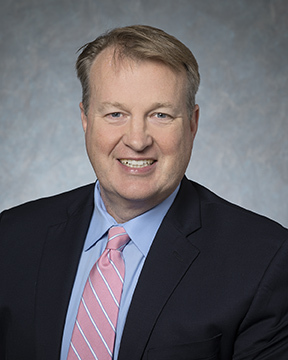