Arielle McPherson is an associate who focuses her practice on environmental, product liability and tort litigation. She is involved in all phases of litigation, including discovery, depositions, dispositive and pre-trial motions, pleadings and trial. In the environmental area, Arielle works on complex multi-party Superfund matters for clients as both plaintiffs and defendants in litigation, and nonjudicial allocation proceedings. In 2019, Arielle joined Lathrop GPM as a summer associate, where she conducted legal research and drafted memos regarding various legal topics including, federal cryptocurrency law, real estate law, and privacy law.

Prior to joining the firm, Arielle worked as the judicial extern for the United States District Court for the Northern District of Illinois where she drafted a judicial opinion about the Fair Debt Collection Practices Act and prepared research memoranda about employment discrimination. She also has previously served as the press intern for the U.S. House of Representatives & Congressional Black Caucus Foundation in Washington, D.C. There, she assisted the Communications Director for Congresswoman Eddie Bernice Johnson with the drafting, planning and distribution of press releases and social media content.

During law school, Arielle served as the Assistant Executive Director of the law school’s mock trial board. She also served as Captain of the Constance Baker Motley mock trial team, and won first-place at both the Black Law Students Association’s National Mock Trial and its Regional Mock Trial competition. Additionally, as a law student, Arielle had the honor of representing indigent veterans in domestic relations proceedings, and was awarded the CALI Excellence for the Future Award for receiving the highest grade in her Appellate Advocacy class. 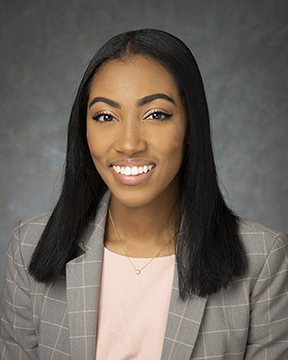