Union Organizing in the Time of Coronavirus
By Brian N. Woolley on July 2, 2020 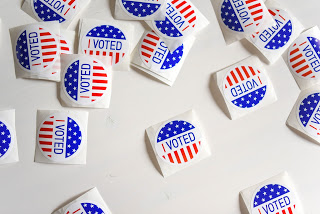 Two current developments could provide a boost to union organizing efforts. Even in normal times, a workforce that is unsettled and facing an uncertain future can be fertile ground for a union organizing effort. Employees looking for certainty and stability may be more receptive to a unions promise to solve the problems of the day. Employers should be on higher alert right now, because these are not normal times.  Workplaces may be at greater risk of union organization efforts due to the chaos in the economy caused by the COVID-19 pandemic, coupled with the following two developments: (1) the widespread use of mail ballots and (2) a recent court order delaying revisions to the union election rules.

Since mid-April, the National Labor Relations Board has been conducting union representation elections almost universally by mail-in ballot. This is in contrast to the normal in-person voting process, by which a polling place is located at the employers facility and the employees are allowed to vote while at work. Mail ballots are the Boards response to various COVID-19 concerns, including stay at home orders, the possibility for virus spread through handling of ballots and other contact in the polling place, and the NLRBs direction that its staff work remotely.

With in person voting, an NLRB representative is on-site while the polls are open to oversee the voting, and the employee votes in secret. In contrast, mail balloting means that a ballot and accompanying instructions are mailed to the voter, who then can vote whenever and wherever is convenient, so long as the ballot is mailed back before the deadline. Because no one is supervising the actual casting of the mail-in ballot, there is more opportunity for peer pressure or other influence to be applied as the voter is voting. Also, while a process is in place to try to make sure the vote is confidential and that the eligible voter is actually the one casting the ballot, it is somewhat cumbersome and can lead to technical problems resulting in a vote being invalidated. Other voters may simply not want to work through the process and thus not vote at all. All of these things are generally thought to favor a union, since for example the conventional wisdom says that a high voter turnout favors the employer.

The other favorable circumstance for organizing involves the election timeline. Since 2015, the NLRB has followed a process which markedly shortened the timeline between a union filing a petition to request an election and the date of the actual vote. Many times, a union will keep its organizing activities quiet and the employer will not be fully aware of the situation until at or near the time the union files its petition. Thus, a shortened timeline means the employer has less time to tell the other side of the story before the employees vote. The current NLRB adopted a revised process which would have somewhat lengthened the time between the petition and the voting. However, shortly before the new process was set to take effect on June 1, a federal court entered an injunction putting much of the new process on hold. Thus, a union filing an election petition will, at least for the time being, continue to enjoy the benefit of a shortened election timeline.