The Exempt Salary Requirement Under the Overtime Rules The Saga Continues
By Dorraine A. Larison on January 18, 2019
Posted in Wage & Hour 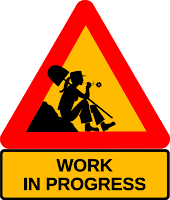 If you have been following the attempts to change the exempt employee salary rule under the Fair Labor Standards Act (FLSA), you know that it has been a long, involved story that includes a series of court decisions and moves that have changed the trajectory of the story. In other words: a saga. We now have word that the saga is continuing.
The final ruleadopted by the U.S. Department of Labor (DOL) in 2016 would have increased the minimum salary level required for employees to qualify for the executive, administrative, and professional exemptions under the FLSA from $455 per week ($23,660 per year) to $913 per week ($47,476 per year). However, a successful suit brought by the U.S. Chamber of Commerce resulted in a permanent injunction blocking the rule. The Trump administration filed an appeal, but then asked for and obtained a stay of the appeal pending further regulatory action in order to propose new rules.
We have been waiting for further action on the salary rule from the DOL for some time. In early January of this year, the DOL submitted a Notice of Proposed Rulemaking on the salary rule to the White House Office of Management and Budget (OMB) for review. Review by the OMB is the final step before a proposed rule is published in the Federal Register.
We will not see the proposed rule until the OMB finishes its review. The OMB review process can take several months and pundits are speculating that publication will most likely occur in March of this year (unless the federal government shutdown slows the process). Pundits are also speculating that the new proposed salary level will be in the low to mid $30,000 range based on the process used to increase the minimum salary in 2004. Well continue to monitor this development and provide you with updated information as it becomes available.