The DOL "Unshackles" Employers in Retail and Services Industries
By Laura Reathaford on May 26, 2020
Posted in Department of Labor, Wage & Hour 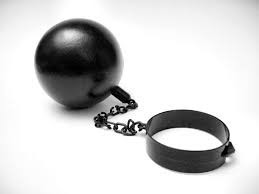 On May 18, 2020, the United States Department of Labor (DOL) implemented a final rule arguably giving employers more flexibility in the retail and service industries to exempt certain employees from overtime pay requirements.

Generally, the Fair Labor Standards Act (FLSA) requires that employers pay employees at an overtime rate for time worked in excess of 40 hours in a workweek, unless the employees are exempt under Sections 7 or 13 of the statute. One of these exemptions applies to employees who work for a retail or service establishment if: (i) the employees regular rate of pay averages more than one and one-half times the applicable minimum wage for every hour worked in a workweek in which overtime hours are worked; and (ii) more than half the employees total earnings in a representative period comes from commissions.

On March 18, 2020, the DOL withdrew these two lists in an effort to allow any employer to argue for the retail and service exemption by applying the same test to everyone irrespective of whether their industry was listed as potentially exempt. The DOL noted that some courts have questioned the merit of the lists and that the new rule will allow more businesses to assert that they have a retail concept, as long as they meet the existing definition of retail and certain other criteria. The DOL further stated, that Insofar as these establishments were deterred from availing themselves of the exemption and its flexibilities, they may now do so if they qualifyincluding by having more flexibility to work with workers on commission-based pay arrangements.

This final rule unshackles job creators in the retail space who had previously been categorically excluded from the exemption without notice and comment, said Wage and Hour Division Administrator Cheryl Stanton. Permitting all retail employers to potentially qualify for this exemption can increase flexibility for businesses and workers. Eliminating confusion empowers job creators to grow their businesses, comply with the law and provide even more good jobs for American workers.

Employers who may have been deterred from seeking the FLSA retail and service overtime exemption should consider seeking the advice of counsel to determine whether their employees may meet the test of the exemption in light of this new rule. Employers should also consider whether any state or local wage and hour laws also implicate overtime pay obligations even if overtime pay is not required by the FLSA.