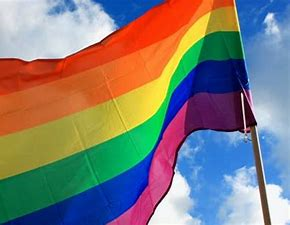 On June 15, 2020, the United States Supreme Court handed the LGBTQ community a major victory. In Bostock v. Clayton County and companion cases, the Supreme Court held that an employer who terminates an individual for being homosexual or transgender violates Title VII of the Civil Rights Act of 1964.

The Courts ruling involved a trio of cases, with each employee filing a lawsuit under Title VII alleging discrimination based on sex. Title VII applies to employers with at least 15 employees in each of 20 or more calendar weeks in the current or preceding calendar year and makes it unlawful . . . for an employer to fail or refuse to hire or to discharge any individual . . . because of such individuals race, color, religion, sex, or national origin. The issue before the Court was whether Title VIIs prohibition on discrimination because of . . . sex encompasses sexual orientation or transgender discrimination. Two of the trio of cases involved employees who alleged they were discriminated against because of sex when they were discharged based on their sexual orientation and the other case involved an employee who alleged she was discharged on the basis of sex when she was fired for being transgender.

More specifically, the Bostock case involved a county employee who was terminated for unbecoming conduct shortly after he began participating in a gay recreational softball league. A second case, Altitude Express v. Donald Zarda, involved a skydiving instructor who was terminated shortly after he announced that he was gay. The third case, R.G. & G.R. Harris Funeral Homes, Inc. v. EEOC, involved a funeral home employee, who presented as a male when hired and was terminated after she announced that she wanted to live and work as a woman. In earlier proceedings, Bostock was heard by the Eleventh Circuit Court of Appeals, which held that Title VII did not prohibit employers from terminating employees due to their sexual orientation, whereas the Second Circuit Court of Appeals held in Zarda that it did. The Harris Funeral Homes case was earlier heard by the Sixth Circuit Court of Appeals, which held that Title VII prohibits the termination of employees for being transgender. The Supreme Court granted certiorari in all three cases and heard consolidated oral arguments on October 8, 2019.

In light of the Courts decision, employers covered by Title VII need to ensure that their policies and practices are consistent with the Courts interpretation of Title VII. In addition, employers may have anti-discrimination obligations under state or local laws. Covered employers who have not already done so should review and revise their anti-discrimination and anti-harassment policies to the extent necessary, conduct anti-discrimination and anti-harassment training, and review employment practices and benefits to ensure that gay, lesbian, and transgender employees are treated in an equitable and nondiscriminatory manner.