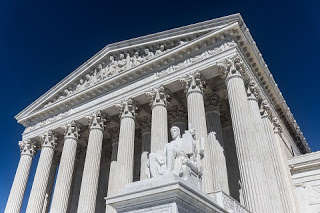 The Supreme Court recently heard oral argument in a series of cases that will determine whether federal employment discrimination protection extends to sexual orientation and gender identity. The Courts decisions in the cases could have a far-reaching impact on employers nationwide.
Title VII of the Civil Rights Act of 1964 prohibits discrimination on the basis of race, color, religion, sex and national origin. At issue in the trio of cases currently before the Court is whether sex applies to sexual orientation and gender identity. If it does, gay, lesbian, and transgender employees would be afforded federal protection against workplace discrimination. Currently only 21 states, including Minnesota, have laws providing that measure of protection.
The first two cases, Zarda v. Altitude Express and Bostock v. Clayton County, involve sexual orientation. In Zarda, a skydiving instructor was fired after his employer learned that he sometimes told female clients that he was gay in an effort to make them feel more comfortable when they were strapped together for tandem jumps. The instructor sued in federal court under Title VII, claiming that he was terminated because of his sexual orientation. The district court dismissed his claim, and a three-judge panel from the Second Circuit Court of Appeals affirmed, holding that a sex discrimination claim under Title VII cannot be based on an employees sexual orientation. However, the instructor successfully petitioned for his case to be reargued in front of all of the Second Circuit judges. That full bench overturned the panels decision and the original district court ruling, concluding that sex under Title VII does extend to sexual orientation.
Bostock centered on a state employee in Georgia who was fired in 2013 despite a decade-long track record of strongly positive performance evaluations. The employee claimed that he was fired because of his sexual orientation after his co-workers and supervisors learned that he had been playing in a gay softball league. His employer contended that Bostock was actually terminated because an internal audit revealed that he had mismanaged some of the funds for which he was responsible. Bostock sued under Title VII. His claim was dismissed by the district court, and that dismissal was upheld by an Eleventh Circuit panel.
The Supreme Court grappled with a number of issues during oral argument for the Zarda and Bostock cases. Most notably, the Justices focused on whether it was reasonable to conclude that Congress intended to prohibit discrimination on the basis of sexual orientation in 1964, when it passed the Civil Rights Act and, if not, whether Title VII could nonetheless be interpreted to afford that kind of protection. The Court also inquired as to whether discrimination on the basis of sexual orientation is, in fact, already prohibited. The idea here captured most clearly in Justice Elena Kagans questioning is that neither Zarda nor Bostock would have been fired if they were women who were attracted to men; they were only fired because they are men who were attracted to men. Seen that way, Justice Kagan seemed to suggest, the issue in both cases is one of gender discrimination, which is already banned under federal law.
The third case that the Court heard, R.G. & G.R. Harris Funeral Homes Inc. v. EEOC, involves a funeral director in Michigan who was fired after informing her employer that she was intending to transition from being a man to a woman. The funeral homes owner testified that he terminated the director because he felt that a man who wanted to dress as a woman went against Gods commands. The funeral director sued under Title VII. A federal district court sided with the employer, but the Sixth Circuit reversed, holding that discrimination on the bases of gender identity is a form of sex discrimination that Title VII forbids.
At oral argument, lawyers for the funeral director argued that she had been treated differently because she was born a man, and that if she had always been assigned a female sex, she would not have been terminated. The Justices appeared to accept that premise, but voiced concerns about the consequences of ruling in the employees favor. Justice Alito, for example, wondered whether such a decision would pave the way for a transgender woman to sue for the right to play on a womans sports team. Lawyers for the funeral home urged the Court to find that there is a difference between treating men and women equally which Title VII requires and treating men as women. The Solicitor General, arguing on behalf of the United States for the funeral home, then raised the First Amendment rights of employers who have religious objections to LGBT employees.
Decisions on all three cases are expected toward the end of the Courts term in June of next year.