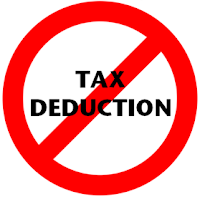 In the midst of the growing Me Too movement, employers may find it more expensive to settle employment claims of sexual harassment or sexual abuse. A provision in the new tax law signed by President Trump on Dec. 22, 2017 (the Tax Cuts and Jobs Act) provides that, effective as of the signing of the law, a business can no longer deduct the costs incurred to settle employment sexual harassment or abuse claims if a nondisclosure agreement is included in the settlement.  This provision was added to the tax law in response to the Me Too movement and growing criticism of the historic practice of conditioning settlements on confidentiality. In addition, the new tax law contains limits on the ability to deduct attorneys fees related to a sexual harassment or abuse settlement.
Under the federal tax code, a business may take a tax deduction for ordinary and necessary expenses paid or incurred in carrying on a trade or business. Previously, this deduction covered payments made to settle a claim asserted against by an employee or former employee, including claims related to sexual harassment, even if the settlement required confidentiality. The new tax law, however, states that no tax deduction is allowed for any settlement or payment related to sexual harassment or sexual abuse if such settlement or payment is subject to a nondisclosure agreement or for attorneys fees related to such a settlement or payment. Notably, the new tax deduction requirements apply to any settlement and attorney fee payments made after Dec. 22, 2017, even if the settlement agreement was entered into prior to that date.
Further guidance will be needed from the Internal Revenue Service to determine the full impact of the new deduction exclusions on employers. For example, the new tax law does not define sexual harassment or sexual abuse, so it is unclear what settlements will be considered related to sexual harassment or sexual abuse. In addition, the tax law provision does not address how it applies when a settlement involves the resolution of multiple claims, only one of which was about sexual harassment or abuse. Further, the extent of the prohibition on attorney fee deductions is unclear. For example, it is not entirely clear whether the prohibition applies only to settlement funds paid to cover a claimants legal fees or also to different types of employer defense fees or whether the fees provision potentially applies even in the absence of a non-disclosure agreement.  In addition, the tax provision is not explicitly limited to deductions for business expenses, stating that the provision prohibits deductions under this chapter. As such, the provision may prohibit both business taxpayer deductions and individual deductions by an individual claimant or defendant.
Despite some uncertainties around the new tax provision, it is clear that employers will need to be more thoughtful going forward about whether to insist on confidentiality as part of a sexual harassment or abuse settlement. When settling claims, employers will have to choose between insisting on confidentiality and losing tax deductions on the one hand or, on the other hand, permitting the public disclosure of potentially embarrassing allegations and settlement terms to preserve tax deductions. What is also clear is that employers have one more reason to proactively adopt and enforce strong anti-harassment policies and engage in frequent and effective sexual harassment training to promote respectful workplaces and prevent workplace harassment.