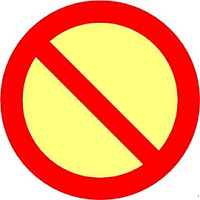 
New York Citys Guidance on Discrimination Based on Hairstyle
Those with New York operations should also be aware of a new legal enforcement guidance released by the New York City Commission on Human Rights in February 2019. The guidance advised employers that the New York City Human Rights Law protects the rights of New Yorkers to maintain natural hair or hairstyles that are closely associated with their racial, ethnic, or cultural identities. Under the guidance, covered employers that enact grooming or appearance policies that ban or require the alteration of natural hair or hair styled into twists, braids, cornrows, Afros, Bantu knots, fades, and/or locks may face liability under New York city law, because such policies subject Black employees to disparate treatment. The guidance does not prohibit workplace rules related to legitimate health and safety concerns, such as the wearing of hairnets by those preparing food. The guidance provides, however, that employers should seek methods to address these types of concerns other than, as a last resort, placing restrictions on hairstyles.
Employers not subject to the New York City guidance may still find the guidance helpful in connection with any grooming or appearance policies. Title VII and many other state and local laws prohibit race, religion, and national origin discrimination. As such, overly broad grooming or appearance policies can implicate discrimination prohibitions outside of New York City.
Portland, Oregons Law on Discrimination against Atheists and Agnostics
Employers with Portland, Oregon operations will soon be subject to more extensive religious discrimination prohibitions. An amendment to Portlands ordinance Code will, effective March 29, 2019, broaden the definition of religion as a protected characteristic to explicitly include non-religion, such as atheism, agnosticism, and non-belief in God or gods as has been recognized by the courts.
Compliance Steps
Employers with employees in New York state, New York City, or Portland, Oregon should review and update policies and practices, as needed, to ensure compliance with the new laws and guidance described above. For other employers, stay tuned for any new local legal developments affecting your operations.