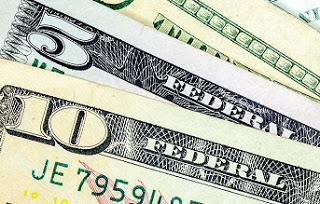 Last week, the Minnesota Supreme Court issued a ruling that upheld the City of Minneapoliss $15 per hour minimum wage ordinance. Graco, Inc. sued the City over the ordinance back in 2017, arguing that the state of Minnesotas lower minimum wage law preempted the Minneapolis ordinance and seeking a permanent injunction against the ordinances enforcement. In a unanimous decision issued last Wednesday, the Minnesota Supreme Court held that the state legislature did not intend to occupy the field of minimum-wage rates. The Court also held that the City ordinance was valid, because it does not prevent employers from also complying with the lower state minimum wage. In other words, the state law sets a minimum wage floor for employers, but does not set a ceiling on the hourly rate that employers might be required to pay.
As discussed in a priorpost, the Minneapolis ordinance was approved by the City of Minneapolis on June 30, 2017, and applies to any non-exempt employee who works in Minneapolis for any amount of time. The ordinance requires employers to phase in a higher minimum wage over a five to seven year period, depending on their employee count, until the employer eventually is paying the $15 hourly minimum. The next increase will take place on July 1, 2020, requiring employers with 100 or fewer employees to pay at least $11.75 per hour and employers with more than 100 employees to pay $13.25 per hour.
In addition to validating the Minneapolis ordinance, the Minnesota Supreme Courts decision leaves open the possibility that other municipalities in Minnesota will enact their own minimum wage requirements, joining a growing trend of municipal laws across the country. Currently, over 50 counties and cities have minimum wage laws, including Saint Paul, MN, Los Angeles, CA and many other cities in California, Chicago, Denver, and Washington, D.C.