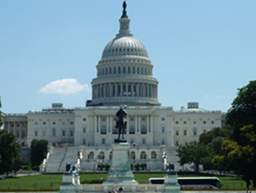 Several Members of Congress have introduced competing bills related to paid leave and flexible work schedules. The proposals have sparked debate at the federal level about whether and how to require paid family leave, paid sick time, and flexible scheduling.
The Economic Security for New Parents Act
The Economic Security for New Parents Act would give workers at least two months off at about two-thirds of their regular salary in order to care for newborn or newly adopted children. The workers would fund the bill themselves by deferring Social Security benefits for several months. Sen. Marco Rubio, R-Fla., introduced the bill earlier this month.
The Workflex in the 21st Century Act
The Workflex in the 21st Century Act would allow businesses to bypass certain local employee benefits laws if they provide flexible work arrangement plans that include a combination of paid leave and flexible work options. The plan must provide employees with a minimum amount of paid leave per year of between 12 to 20 days, depending on the size of the employer and the tenure of the employee. It also must provide at least one of the following flexible work options: a biweekly work program; a compressed work schedule; a telework program; a job sharing program; flexible schedule; or predictable scheduling. Rep. Mimi Walters, R-Calif., introduced the bill last fall.


The FAMILY Act
The FAMILY Act would give workers up to 12 weeks of family leave at as much as two-thirds of their salary to care for their own or their loved ones serious health condition or to care for a newborn or newly adopted child. The plan would be funded by a payroll tax increase of 2 cents per $10 in wages paid by businesses and workers. Sen. Kirsten Gillibrand, D-N.Y., and Rep. Rosa DeLauro, D-Conn., introduced related bills in February 2017.
The Healthy Families Act
The Healthy Families Act would give workers up to seven days of paid time off per year to treat their own illnesses, to care for a sick family member, to take care of other businesssuch as attending school meetings related to a childs healthor to obtain assistance for themselves or a family member in cases of domestic violence, sexual assault, or stalking. Sen. Patty Murray, D-Wash., and Rep. DeLauro introduced identical bills in March 2017.
The Schedules that Work Act
The Schedules that Work Act would allow workers to request changes to the terms of their employment including their schedule, work location, the amount of notification they receive of work schedule assignments, and the fluctuation of their hours. Upon a request from a worker, an employer would be required to engage in a timely, good faith, interactive process with the worker including a discussion of potential changes that would meet the workers needs. The bill also outlines the process for granting or denying a requested change. If the request is made due to the employees serious health condition, the employees responsibilities as a caregiver, or enrollment in a career-related educational or training program, or if a part-time employee requests a change for a reason related to a second job, the employer would be required to grant the request unless there is a bona fide business reason to deny it. If an employee requests a change for any other reason, the employer would be allowed to deny it for any reason that is not unlawful, but would be required to give the employee the reason for the denial and identify whether it was a bona fide business reason. Sen. Elizabeth Warren, D-Mass., and Rep. DeLauro introduced related bills last summer.
It is unclear whether any of these measures will be considered or even become law, but the number of federal bills and their bipartisan origin indicates that there is a chance of changes in these areas. We will monitor their progress and keep you informed if any of these or similar bills proceed.