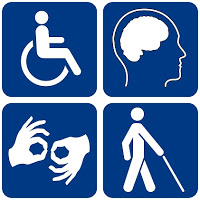 Last month, the Seventh Circuit (which has jurisdiction over appeals from federal district courts in Illinois, Indiana, and Wisconsin) decided two cases with claims under the Americans with Disabilities Act (ADA). In one case, the Seventh Circuit joined multiple other circuits in holding that obesity, on its own, is not a protected disability under the ADA. In the other, however, the Seventh Circuit revived claims of an employee who alleges he was discriminated against due to his alcoholism.
Richardson v. Chicago Transit Authority
During an examination of his fitness to return to work, a driver for the CTA was found to be over the seat manufacturers maximum weight of 400 pounds. The CTA put the driver on temporary medical disability and he remained on inactive status for two years. When he did not submit the medical documentation required to extend his status for another year, the CTA terminated his employment.


The driver sued, alleging that the CTA violated the ADA by refusing to allow him to return to work after it regarded him as being too obese to work as a bus operator. The district court granted summary judgment for the CTA. The driver appealed, but in June 2019, the Seventh Circuit upheld the district courts ruling. The Seventh Circuit concluded that it would be directly contrary to th[e] definition of physical impairment to consider a physical characteristic, such as weight, to be a physical impairment, absent evidence of an underlying physiological condition. Because there was no evidence of a physiological condition in this case, the drivers ADA claim failed.
With its ruling, the Seventh Circuit became the fourth circuit, along with the Second, Sixth, and Eighth(which covers MN) Circuits, to hold that obesity is not a protected disability under the ADA unless it is the result of an underlying disorder or condition.
Freeman v. Metropolitan Water Reclamation District
An employee of the Metropolitan Water Reclamation District of Greater Chicago (the District) had duties including transporting water samples across the plant using District vehicles. A drivers license, however, was not required in his job description. During the employees one year at-will probationary period at the District the employee was arrested for drunk driving. The arrest resulted in his drivers license being suspended for six months. The employee informed the District and sought counseling for alcoholism. He also looked for alternatives for transporting the water samples, including purchasing a bike and a cooler, asking permission to use a go-cart, and asking the state for a permit that would allow him to drive the District vehicle. The District, however, terminated his employment for unsatisfactory performance.
The employee sued alleging that he was terminated for his race and his alcoholism in violation of Title VII and the ADA. He also alleged that the District failed to accommodate his disability and that his termination was retaliation for him seeking accommodations. The district court dismissed his complaint for failure to state a claim. The district court concluded that the employee did not plead that his alcoholism caused substantial limitations to major life activities or that it caused his termination. The district court then held that his retaliation and reasonable-accommodation claims failed because he requested accommodations not for his alcoholism, but for his license suspension. For his race discrimination claim, the court concluded that the employee failed to plead that he was treated less favorably than at least one colleague who was not African-American.
The Seventh Circuit reversed the district courts decision under the ADA, as well as Title VII.
Regarding the Title VII claim, the Seventh Circuit held that it was sufficient at the early stage of the case for the employee to allege that the District terminated his employment because of his race.
Regarding the claims under the ADA, the Seventh Circuit concluded that the employee had alleged that the District regarded the employee as an alcoholic because of his suspended license, and that the District then concluded that his alcoholism impaired his ability to work at a job that involves safely moving items across a facility. The Seventh Circuit determined that a jury could conclude that doing so is a major life activity. The Seventh Circuit accordingly held that his allegations that he was fired due to his alcoholism and request to accommodate that condition stated a claim under the ADA sufficient to survive a motion to dismiss. The Seventh Circuit did note that an employers sincere reliance on an employees drivers license suspension may justify an adverse employment action, but that the employee had sufficiently pleaded his allegations at this early stage.
Takeaways and Cautionary Advice
1) With decisions from four Circuit Courts, it is becoming clear that obesity in and of itself will not be considered a disability under the ADA. Nonetheless, employers should be careful when responding to a request for accommodation by an obese employee. In particular, the employer should determine if there is an underlying physiological disorder or condition (for instance hypothyroidism) that may cause the obesity. In addition, obese employees may suffer other medical conditions that are covered by the ADA (for instance diabetes).
2) Employers need to remember that alcoholism, unlike illegal drug use, is concerned a disability under the ADA. As the Freeman case shows, it is important for employers to remember that accommodations must be considered and evaluated before making any decision to terminate an employee.