Its Budget Planning Time Minimum Wage Adjustments are Coming to Minnesota in 2018
By Dorraine A. Larison on September 29, 2017
Posted in Wage & Hour 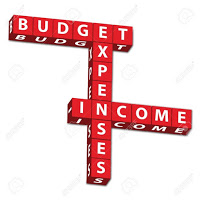 The last quarter of the calendar year is often a time when companies are busy with planning and budgeting for the following year. Minnesota employers doing budget planning for 2018 need to keep in mind that the state minimum wage rates will be adjusted as of January 1, 2018.

Under Minnesota law, the commissioner of the Department of Labor and Industry is required to determine and announce the inflation-adjusted minimum-wage rate each year by August 31. This year, the change in the price deflator is an increase of 1.56 percent.
The new state law rates as of January 1, 2018 will be as follows:

In addition to Minnesota state law, employers should be mindful of the municipal minimum wage ordinance approved by the City of Minneapolis on June 30, 2017. As currently drafted, the ordinance applies to any employee who works in Minneapolis for any amount of time. In addition, like Minnesota state law, the ordinance includes no wage credit for tipped employees. The ordinance will require employers to phase in a higher minimum wage over either a five to seven year period depending on their employee size, as follows: