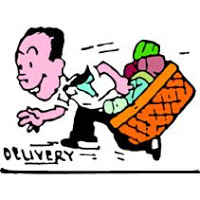 With many laws protecting workers classified as employees and not offering protection for those classified as independent contractors, a workers classification has broad implications for the worker and for the company using the workers services. In the rise of the sharing economy, companies like Uber Technologies, Inc. and Grubhub, Inc. have classified their drivers as independent contractors; and workers have turned to the courts to challenge that classification.
In the first federal court decision on this issue, a federal magistrate judge in California ruled on February 8 that drivers for Grubhub are independent contractors and not employees. The plaintiff Raef Lawson alleged that Grubhub violated Californias minimum wage, overtime, and employee expense reimbursement laws by misclassifying him as an independent contractor rather than an employee. Grubhub is an Internet food ordering service that allows customers to order food online from local restaurants and then delivers the food either through a restaurant delivery person or a Grubhub driver. Lawson was a delivery driver for Grubhub for four months in 2015-2016. While performing deliveries for Grubhub, he also worked for other gig economy companies, including Postmates and Caviar. Lawson drove for the companies because the flexible schedule allowed him to pursue his acting career.
Applying Californias Borellotest for determining employee or independent contractor status, U.S. Magistrate Judge for the Northern District of California Jacqueline Scott Corley held that Grubhubs lack of control over Lawsons work, including how he performed deliveries, along with other factors, made him an independent contractor during his time with Grubhub. Under both California and federal law, the principle (though by no means exclusive) test of an employment relationship is whether the person to whom the service is rendered had the right to control the manner and means of accomplishing the result desired. In finding Lawson to be an independent contractor, the court considered that Grubhub did not control how he made deliveries (whether by car, motorcycle, etc.) and that Grubhub never inspected Lawsons vehicle.  The court also noted that Grubhub did not control Lawsons appearance when he made deliveries and did not require him to undergo any training or orientation. Also key to the courts decision was that Lawson chose when he worked and for how long he worked and that he also had the right to reject any delivery offered to him when he was working.
The factor that arguably most supported Lawsons argument that he was an employee was Grubhubs right to terminate its agreement with Lawson with 14 days notice. But because Lawson did not have to invest in any special equipment for Grubhub and generally worked as a driver for Grubhub less than 20 hours a week, the court concluded that Grubhubs right to terminate did not affect the analysis. Other factors considered by the court included whether Lawson was engaged in a distinct occupation, the kind of occupation, the skill required, whether Lawson or Grubhub supplied the instrumentalities, tools, and the place of work, and more.
Because Lawson was found to be an independent contractor and not an employee, he could not prevail on his wage and hour claims. The court pointed out the stark dichotomy between the rights of employees and lack of rights given to independent contractors, stating that If Mr. Lawson is an employee, he has rights to minimum wage, overtime, expense reimbursement, and workers compensation benefits. If he is not, he gets none. The court called on the legislature to consider changes to the law in the advent of the gig economy, and the creation of a low wage workforce performing low skill but highly episodic jobs.
Lawsons attorney stated that they plan to appeal the ruling. The attorney also represents Uber drivers in misclassification suits that are ongoing. The case points out the critical importance of careful analysis and documentation regarding the proper legal classification of workers. In general, businesses that intend to classify workers as independent contractors should expect to have the burden under state and federal laws of proving that status, and should do so based on qualified legal counsel.