A Judge Rules the Affordable Care Act Is Unconstitutional, But Law Remains in Effect for Now
By Emily E. Mawer on December 21, 2018
Posted in Health Care 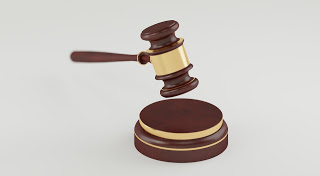 On December 14, 2018, a federal judge for the U.S. District Court for the Northern District of Texas ruled that the Affordable Care Act is invalid. The case before the Court was brought by 20 states, including Texas. The plaintiffs argued that the ACAs individual coverage mandate was no longer constitutional, because the Tax Cuts and Jobs Act of 2017 removed the tax penalty associated with being uninsured. The plaintiffs claimed that, as a result, the individual mandate could no longer be upheld as a proper exercise of Congress taxing power. In addition, the plaintiffs argued that the individual mandate could not be severed from the rest of the law and, therefore, the entire ACA should be held unlawful.
The federal judge, Judge Reed OConnor, agreed, holding that the individual mandate, unmoored from a tax, is unconstitutional. Judge OConnor further concluded, based on the intent expressed by both the 2010 and 2017 Congresses, that the individual mandate is essential to the ACA and, accordingly, is not severable from the ACAs remaining provisions. In some ways, the question before the Court involves the intent of both the 2010 and 2017 Congresses, the judge wrote in the opinion. The former enacted the ACA. The latter sawed off the last leg it stood on. The Judge ruled that, without the individual mandate, the remaining provisions of the ACA are invalid.
Despite the potentially controversial nature of the ruling and the flurry of news stories that followed, the ruling does not have an immediate impact on employers. While Judge OConnor granted partial summary judgment to the plaintiffs and ruled that the ACA is invalid, he did not issue an injunction stopping enforcement of the ACA. Indeed, on December 17, 2018, the U.S. Department of Health and Human Services released a statementconfirming that HHS will continue administering and enforcing all aspects of the ACA as it had before the court issued its decision. The decision does not require that HHS make any changes to any of the ACA programs it administers or its enforcement of any portion of the ACA at this time.
The case is expected to proceed to the Fifth Circuit Court of Appeals and then to the U.S. Supreme Court. The U.S. Supreme Court has previously heard challenges to the ACA, and it issued a 2015 ruling in King v. Burwell upholding a key provision of the law.
While we do not expect any changes to employers obligations under the ACA in the near future, we will keep you up to date on later developments.