Described in Chambers USA as a “polished, trenchant, and persuasive advocate,” Peter Klarfeld is a partner in the firm's Franchise & Distribution Practice Group. For more than 35 years, he has focused his practice on counseling franchisors in connection with their franchising activities and representing them in arbitration and in litigation involving issues of systemwide concern. In doing so, he has formulated and presented legal arguments that have enabled some of the nation's largest franchisors to successfully resolve issues of particular importance to the development of their franchising programs and to the maintenance of the integrity of their franchise systems.

Peter was editor-in-chief of the 1992 and 2003 editions of Covenants Against Competition in Franchise Agreements, published by the American Bar Association's Forum on Franchising, a 50-state survey of issues involved in the enforcement of covenants against competition in the franchise setting, and he has extensive experience in the litigation of those issues. Peter also served on the Governing Committee of the American Bar Association’s Forum on Franchising from 2007-2010, and was Co-Chair of the Forum’s Annual Meeting in 2008.

Peter previously served in the U.S. Department of Justice as an attorney advisor in the Office of Legal Counsel. He was also a trustee and chairman of the Dalkon Shield Other Claimants Trust. Additionally, Peter served as a law clerk to the Honorable Robert R. Merhige Jr. in the U.S. District Court for the Eastern District of Virginia. 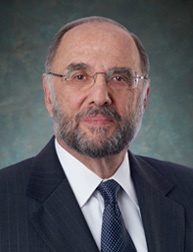