Michael has nearly three decades of experience litigating on behalf of franchisors in federal and state courts across the country and in arbitration proceedings. His experience includes virtually every type of substantive claim that arises in the course of the franchise relationship, including alleged violations of statutory disclosure and relationship obligations, claims of physical and internet encroachment of exclusive territories, claims of fraud and nondisclosure, claims with respect to supplier payments, alleged violations of antitrust laws, contractual disputes, and claims under the implied covenant of good faith and fair dealing. Michael also has extensive experience with the jurisdictional and procedural issues that arise frequently in franchise litigation, including litigation with franchisee associations and multi-party litigation.

In addition to his work on behalf of franchisors, Michael has broad experience in complex, high-stakes commercial litigation matters. Among other matters, he has represented a satellite radio provider and terrestrial broadcasters in expert-driven rate setting proceedings. Michael has represented both relators and defendants in federal False Claims Act litigation. He has also served as lead counsel in cases involving intellectual property rights, including enforcement of patents, trademarks, and copyrights. With his background in antitrust, Michael also regularly represents trade associations whose members include major consumer products manufacturers.

Michael spoke at the IFA Legal Symposium, and previously has spoken at the annual ABA Forum on Franchising, and other industry events. He has covered topics ranging from the fundamentals of franchise litigation to specialized topics such as the application and scope of rules limiting the admissibility of settlement discussions and agreements in subsequent litigation. This work has appeared in the Franchise Law Journal, Perspective in Antitrust and other publications. 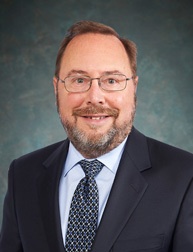 The College of William & Mary, B.A.