Erica has experience working with a range of clients across several industries, including food service, technology, educational and tutoring businesses, equipment manufacturing and distribution, employment and personnel agencies, and real estate.

Prior to joining Lathrop GPM, Erica served as an attorney adviser through the Attorney General’s Honors Program for the U.S. Department of Justice in the Executive Office for Immigration Review. She previously worked as a research assistant for the Chairman of the United Nations Committee Against Torture in Geneva, Switzerland. Erica also served as a researcher for multiple public policy groups, including the Public International Law and Policy Group, where she researched and prepared legal matters regarding international human rights and governance issues and served clients in Tanzania, Southern Cameroon, and Syria. As a law student, Erica served as the senior symposia editor of the American Bar Association’s Administrative Law Review and remains active as an alumna. Erica focuses her pro bono practice on cases that involve refugees and international human rights, including U.S. asylum applications. She is also proficient in Spanish. 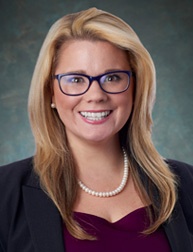