Dion Farganis represents clients in a wide range of employment and general commercial litigation matters, including trade secrets, non-compete agreements, shareholder disputes, patent infringement cases, and contract disputes. He has appeared and argued on behalf of his clients in both federal and state court.

Dion brings a unique background to his legal practice. Before entering law school, he was a tenured political science professor, focused on the study of American law and courts. He is the recipient of multiple teaching awards and his acclaimed research on Supreme Court confirmation hearings has been covered by major news media outlets.

Dion left academia in 2014 to pursue a law degree, courtesy of a full merit-based scholarship from the University of Minnesota. While in law school, he was an editor of the Minnesota Law Review and worked for the University's Office of the General Counsel. He graduated in 2017 with high honors, and then served as a judicial law clerk to United States District Judge Joan N. Ericksen. Dion is also a proud alumnus of the firm's Summer Associate Program. 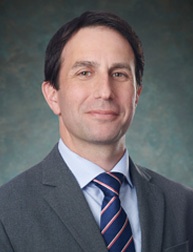