Dean LeDoux’s employment and litigation practice includes representing employers in litigation and also advising them on employment issues. Dean also has extensive business litigation experience. Over approximately the last decade, Dean has focused on noncompete, trade secret and confidential information issues, and has handled numerous litigation matters involving those issues. Dean has successfully represented companies and individuals in those types of cases through trial, both as suing parties and defending clients against such claims.

Dean has broad and extensive litigation experience representing businesses and individuals in a variety of forums, including significant appellate practice. He has taken more than 25 cases to trial, most of which were jury trials, and he has handled multiple jury trials over the last several years. He has also handled more than 15 appeals. Included among Dean’s jury trial experience is a 2013 trial in which he was able to obtain a verdict awarding his client $22.7 million in damages. That verdict (RELCO) was identified by the National Law Journal as one of the 100 largest verdicts in the country in 2013. The lawsuit was a complex matter involving primary claims for misappropriation of trade secrets and confidential business information, in addition to noncompete claims.

Dean has also represented labor and employment clients in a variety of jurisdictions, including federal and state courts, and before the National Labor Relations Board, the Equal Employment Opportunity Commission, the Minnesota Department of Human Rights, and other such agencies. 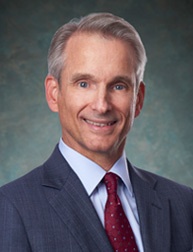