Dean Eyler is an experienced litigator who represents clients in intellectual property and complex commercial disputes. He knows that being a successful litigator is about more than just winning cases. Dean prides himself on being a trusted advisor, making sure clients know what to expect, and on crafting strategies to best achieve clients’ goals. Dean has substantial experience in litigating trademark, trade dress, copyright, trade secret, and false advertising cases. Dean devotes much of his practice to brand protection, trademark infringement, and unfair competition litigation for clients in federal courts across the country and at the Trademark Trial and Appeal Board. Dean has been repeatedly recognized by World Trademark Review, where he has been described as “an enforcement heavyweight,” “redoubtable,” “a go-to on complex or unusual disputes,” and “an exemplary brief writer and persuasive oral advocate.” He has also successfully handled multiple copyright infringement cases through successful jury verdicts, and represented clients in many trade secrets and patent infringement cases. He previously led the firm's Intellectual Property Litigation practice team.

In addition, Dean has represented clients in a variety of commercial litigation matters. He has counseled clients and handled disputes in federal and state courts as well as arbitration regarding disputes about license agreements, breach of contract, and unfair competition claims.

Dean is also committed to pro bono representation and work in the community. He regularly represents clients seeking asylum, has worked on many human rights projects, and represents tenants in housing court matters. Dean received the Gray Plant Mooty Pro Bono All-Star award for longtime contributions to pro bono work. In 2016, Dean accepted a Volunteer Award from The Advocates for Human Rights on behalf of the firm’s asylum team, which he leads. Dean was also recognized as a 2016 Attorney of the Year by Minnesota Lawyer for his work with a team that established the new Appeals Self-Help Clinic at the state law library.

After law school, Dean served as a law clerk for Donald P. Lay, former Chief Judge of the United States Court of Appeals for the Eighth Circuit. In addition, he has been an adjunct professor at the William Mitchell College of Law and a Special Assistant City Attorney for the City of Minneapolis.

Dean, his wife, and their two children live in Plymouth, Minnesota. When he is not practicing law, Dean enjoys skiing, biking, basketball, and reading. 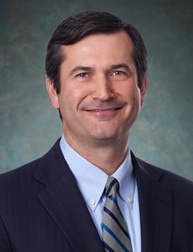 University of Iowa College of Law, J.D., with high distinction, 1996