Andrew is the former president of the Stearns/Benton Bar Association and served on several nonprofit boards of directors – including the Minnesota Real Estate Foundation and as the president of the board of Catholic Charities for the Diocese of St. Cloud. He was named an Up & Coming Attorney by Minnesota Lawyer and has been named a Minnesota Rising Star by Thomson Reuters every year since 2013. 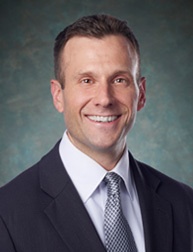